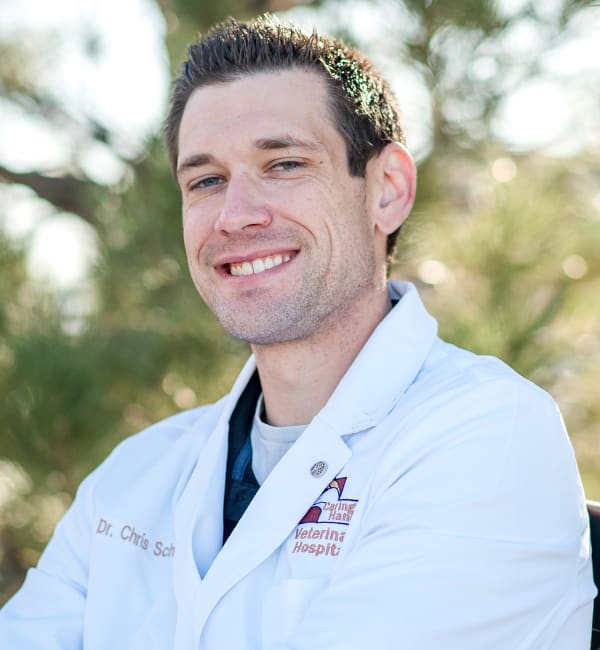 The state and culture floored him. He, unfortunately, had to go back to Arizona to pay off the state for helping him with the cost school. While there, he became a part owner of a practice and started a family.

Dr. Schneider now has a five year old daughter named Helen, and a three year old son named Walter. After enough time had passed, him and his family moved back to Colorado to allow his family to enjoy beautiful weather and the snow again, after having spent a lot of time snowboarding while attending CSU.

In his spare time, he spends time playing with his kids and enjoys watching them grow. He also enjoy the outdoors – whether that is an easy walk or
bouldering up in the mountains, and crafting items in his wood shop.

Being a part of an amazing field, Dr. Schneider loves taking care of his patients, while connecting and helping their owners.